Tom Castronovo, first and foremost, loves the outdoors. He is a featured columnist, executive editor and publisher of the Gardener News.

He has extensive green, and outdoor industry experience.

While working as a landscape professional for over 20 years, Tom found local information on gardening and landscaping in print difficult to locate. After successfully completing a Master Gardener course, Tom recognized the need to assemble, publish and disseminate information of interest to the gardening public in a print-friendly format. Gardener News germinated in April 2003 and continues to bloom today. Gardener News is the leading gardening newspaper in the New Jersey metropolitan area, delivering in-depth, comprehensive coverage of local gardening news and events.

Tom began his career in New Jersey’s green industry as a teenager, working at his uncle’s florist and garden center. The enjoyment he found in that work led to a career as a landscape professional lasting over 20 years. He found his voice as a regular presenter on television, covering a wide variety of gardening and landscaping topics. Often quoted as a reliable source in articles appearing in newspapers and other publications, Tom also became a featured speaker at garden conferences, garden clubs and community events.

Tom recognized the need for a publication which could disseminate vital information about horticulture to the public. In April 2003, the Gardener News was born. Under Tom’s leadership as Editor and Publisher, the newspaper has become the most important media outlet in New Jersey for the industry and for the gardening public. Gardener News covers not only topics on landscaping and gardening, but also the environment, agriculture and legislative action affecting the industry.

Tom’s thorough knowledge and deep concern for public safety and the environment prompted him to help draft two bills now awaiting approval in the New Jersey State Legislature; one regulating the use of silver colored flags for pesticide applications, and another to establish licensing procedures for landscape professionals.

New Jersey’s public gardens also have benefited from his attention. Tom played a vital role in the creation of the Garden State Gardens Consortium, offering his guidance from its inception through its recent efforts to create a New Jersey Public Gardens Day.

Whether in the forefront or behind the scenes, Tom provides the encouragement, inspiration and practical advice for those working in every aspect of New Jersey’s green industries.

He also has been honored as the “Volunteer of the Year” at the New Jersey Museum of Agriculture in 2004, and “Volunteer of the Year” for the Professional Landscape Alliance of New Jersey in 2005. In 2006, Tom was recognized with a “Media Specialist Award” in “sincere appreciation for the time and talents he so freely contributed for the benefits of the Rutgers Gardens.” Also in 2006, at the 30th Anniversary of the Rutgers Home Gardener’s School, Tom received the Rutgers-Cook College Continuing Professional Education’s “Community Outreach Award.”

In 2007, he was honored by Rutgers, the State University of New Jersey, for his “sincere appreciation and his outstanding contributions and dedication” to the School of Environmental and Biological Sciences and the New Jersey Agricultural Experiment Station. In 2013, he was honored by the New Jersey Landscape Contractors Association as the “Person of the Decade,” receiving a letter from Governor Chris Christie thanking him for his “advocacy and support of New Jersey’s agricultural industry.” The letter also thanked him for the “years his publication has provided invaluable information to the thousands of New Jersey home gardeners, enthusiasts, landscaping professionals and nursery operators.”

Also in 2013, Tom received a Joint Resolution from the New Jersey Senate and Assembly “honoring and saluting him for being a highly esteemed member of his community and for his remarkable record of community leadership and professional achievement.” He also was saluted for “establishing a model to emulate and set a standard of excellence toward which others might strive, and for an individual of outstanding character and exceptional determination.” The Legislature also paid tribute to his profound and positive impact on the Garden State community.

In 2017, he received a “Certificate of Recognition” from the Mayor and Township Committee of the Township of Warren for his “accomplishments and the services he provides for the gardeners of New Jersey.” Also in 2017, he received a “Media Recognition Award” from the New Jersey Landscape Contractors Association, in “recognition and sincere appreciation and continued support of the Green Industry.” And, he received The Friends of the Frelinghuysen Arboretum’s “Annual Award.”

In 2018, Tom received a “Special Recognition Award” from the New Jersey Nursery and Landscape Association.

In October 2006, Tom made guest appearances on GardenSMART. He provided the gardening tips on shows 412, 413 and 501, filmed in New Jersey. He also made a guest appearance in October 2008. He provided the introduction for show 1305, also filmed in New Jersey. GardenSMART is a unique, exciting, informative television gardening program broadcast on local Public Broadcasting Stations (PBS) throughout the United States.

Tom has also been active in his community for many years and was involved in a number of organizations such as the New Jersey Landscape Contractors Association, New Jersey Nursery and Landscape Association, the Professional Landscape Alliance of New Jersey, the Liberty Corner Volunteer Fire Company, served as President of the Washington Valley Volunteer Fire Company, the Garden Writers Association, a founding member of the Garden State Gardens Consortium, the New Jersey Department of Environmental Protection’s Pesticide Task Force, the Garden Conservancy and a founding trustee for the Wagner Farm Arboretum Foundation.

He currently serves on the advisory committee for the Somerset County Vocational-Technical High School’s Horticulture and Landscape Technology program.

Tom lives and gardens in New Jersey, the Garden State.

Bob was appointed by the Biden Administration to serve as the State Executive Director of the USDA Farm Service Agency (FSA) in New Jersey in February 2022.

Andrzejczak was born and raised in Cape May, New Jersey. He joined the United States Army as an Infantryman in 2005. On his second deployment to Iraq, he was severely wounded when his convoy was attacked for which he was awarded the Purple Heart. Andrzejczak also received Bronze Star with Valor for trying to aid his fellow wounded soldiers as well as the Combat Infantryman Badge. After two years of recovering from his injuries at Walter Reed Army Medical Center in Washington D.C., Andrzejczak returned home to New Jersey.

Andrzejczak worked on a diversified produce operation throughout middle and high school. His community involvement includes serving as a leader for the Cub Scouts and 4-H Shooting Sports club. He has also been involved in the Veterans of Foreign Wars since 2010.

Andrzejczak and his wife Trisha live in Cape May, New Jersey, with their two children and enjoy camping and outdoor activities.

Andrew Bunting is Vice President of Horticulture for the Pennsylvania Horticultural Society. He is one of the most recognized horticulturists in the Philadelphia, Pa., region and a highly regarded colleague in the world of professional horticulture. Bunting has amassed a plethora of awards, including the American Public Gardens Association Professional Citation, Chanticleer Scholarship in Professional Development, Delaware Center for Horticulture’s Marion Marsh Award, and the Certificate of Merit from the Pennsylvania Horticultural Society. In addition, Bunting has lectured extensively throughout North America and Europe, and participated in plant expeditions throughout Asia and Africa.

Bruce Crawford is a lover of plants since birth, and is the Manager of Horticulture for the Morris County Parks Commission. He is also a Past President of the Garden State Gardens Consortium.

She currently co-teaches Clean Communities Wildlife and Litter Prevention programs throughout NJ with her husband, Mike. The Alliance for NJ Environmental Education recognized Diana, also known to some as “Kitty,” as the ANJEE Environmental Educator of the Year and then honored her with the Patricia F Kane Lifetime Achievement Award.

Diana serves on The Garden Club of New Jersey’s Executive Board as their Youth Consultant for Environmental Education. She is the founder of the all-volunteer Karen Nash Memorial Butterfly Garden which was initiated in 1996 and partially funded through the WHIP Program, certified by the USDA as a schoolyard wildlife habitat garden. Diana volunteers as the Co. President of the KNMBG Inc. not-for-profit organization, seeking garden funding and managing community volunteers and youth to maintain the quarter acre pollinator garden located at Memorial School, Washington, NJ. This garden is a National Garden Club Plant America Winner, a 2021 Gardening Know How Community Garden Winner, and a Certified Butterfly Garden by NABA, the North American Butterfly Association. She is the KNMBG Youth Chair responsible for youth gardening programs and is the Vice President of the KNMBG Garden Club and an Associate Member of the Warren Garden Club. She was inducted, with her husband, Mike into the Hackettstown Area Senior Hall of Fame in recognition of their volunteerism.

She graduated from Virginia Tech, class of 1981 earning both a BS in Forestry & Wildlife Management with a Concentration in Biology, plus a BA in Communications. Diana grew up in North Plainfield where she attended high school and started the town’s recycling program in the 70’s while serving as Student President of the NPHS Ecology Club. Diana was the youngest member of the North Plainfield Environmental Commission serving with Mayor Steven Novak.

Diana is an outdoor, nature and garden photographer with her husband, Mike. Their photography has been displayed in various art exhibits. Diana is a Kodak Excellence Award winner. She attended numerous National Audubon Educational Workshops in Conn., Maine, and Wyoming including a Photographic Workshop with Audubon photographers Bill Radcliff and Perry Conway.

Diana loves singing and playing her guitar, whale watching, camping, beach walks, campfires, cross-country skiing, kayaking, hiking, and horses. She has been living with MS since 2001 and in January 2019 she began riding lessons in Centenary University’s TRAC Therapeutic Riding at Centenary program.. One of Diana’s goals is to develop a children’s nature book series and is enjoying writing for the Gardener News with her column, “Growing Gardeners.”

Douglas H. Fisher is New Jersey’s seventh Secretary of Agriculture. He is the department’s executive officer, secretary to the State Board of Agriculture and a member of the Governor’s cabinet. Secretary Fisher fulfills executive, management and administrative duties prescribed by law, executive order or gubernatorial direction.

The Secretary oversees the development and implementation of specific programs required to meet State Board policy directives. He is also an active member of a number of international, national, federal, state, county and local organizations with an interest in agriculture and related areas.

The Office of the Secretary supports programs relating to the economic development of production agriculture; the marketing of agricultural products through the Jersey Fresh program; conservation and development of natural and renewable resources; distribution of surplus federal commodities to soup kitchens, food pantries, schools, state hospitals and institutions; and the health and well-being of the state’s greenhouse/nursery and livestock industries as well as other programs related to these areas.

In addition, the Office of the Secretary directs and coordinates the development and analysis of agricultural policy and department budget for the Secretary and the State Board of Agriculture. The Office coordinates the department’s legal and legislative services and rule-making functions, serves as the state’s liaison for USDA agricultural disaster matters and directs departmental efforts to support of the Governor’s statewide policy issues.

Hubert is the Horticultural Chairman for the Native Plant Society of New Jersey.

Peter is co-owner of Melick’s Town Farm in Oldwick, and continues the family tradition as a tenth generation farmer who’s committed to agriculture. He’s chair of the Hunterdon County Agriculture Development Board, a director of the NJ Farm Bureau, and past president of the New Jersey State Board of Agriculture.

Recently retired from her position as Superintendent of Horticultural Education at the Morris County Park Commission, and four decades of teaching environmental science and garden education, her focus now is garden history.

Todd is vice-president of Jonathan Green, a leading supplier of lawn and garden products in the northeast.

Gail is the Executive Director of the New Jersey Landscape Contractors Association. 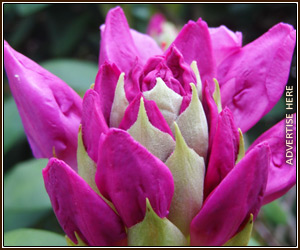 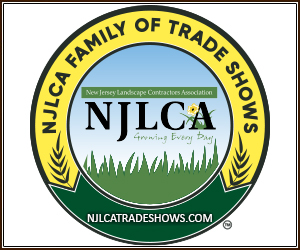 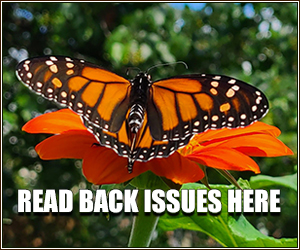